Scientific Studies on the Pranan Range of EMF Protection Devices

BIOCHEMICAL STUDY
The Biomedical Research Center at the University of Granada (Research Group CTS-101 “intercellular communication”) has conducted biochemical studies on the neutralization of the harmful effects of low-intensity radiation on human organisms in order to assess the effectiveness of application of the technology developed by Pranan Technologies.
This study concludes that Pranan Technologies devices provide direct excellent protection to the person against damage by low intensity radiation (mobile, Wi-Fi, wireless phones, phone masts) without causing any harmful side effects, which will result in a better physiological condition of the subjects. 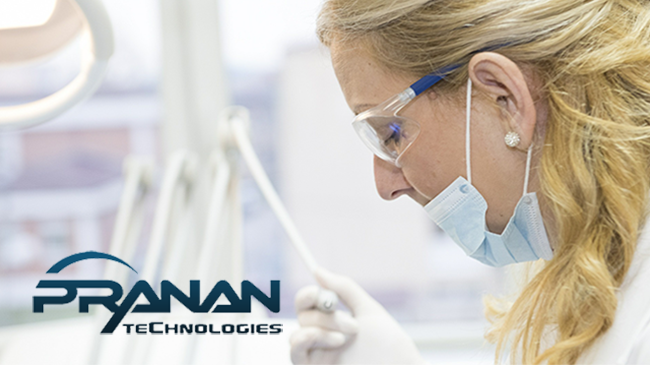 BIOELECTRICAL STUDY
Dr. Tomás Alonso Ortiz, Professor of the Department of Psychiatry and Medical Psychology, in the Faculty of Medicine at the Complutense University of Madrid has conducted a bioelectrical study to test Pranan devices effectiveness in neutralizing the harmful effects of electromagnetic fields on the bioelectrical activity in the brain.
The study concludes that the effect of the Phione and Phiwaves is of such magnitude, neurofunctional consistency whilst showing significant differences in a large majority of brain areas that we can justify its effectiveness in modifying certain brain oscillations and its effectiveness as an inhibitor of electromagnetic fields.

BIOELECTROGRAPHIC STUDY
Phione and Phiwaves devices have been tested using Dr K. Korotkov`s GDV-EPC bioelectrography technology developed at the St. Petersburg State University. The analysis of the data obtained in this study concluded that when using the mobile phone, Pranan devices protect the human energy field and the meridians system and further, goes beyond protection by improving the energy balance of the person. On 30th June 2016 The European Journal of Integrative Medicine produced the first and only scientific paper on specific technology to protect against electromagnetic radiation. An assessment was carried out by a team that included scientists and professors from such prestigious Universities as the Faculty of Medicine at Georgetown University (USA), the Karolinska Institutet (Sweden), the University of Technology Sydney (Australia), the University of Southampton (UK) and from many others. The biochemical study, conducted by a team of scientists led by Darío Acuña and Germaine Escames, analysed the most commonly affected indicators of electromagnetic pollution in the body, such as cortisol, melatonin, lipid peroxidation, nitric oxide, pro-inflammatory anti-inflammatory cytokines and glutathione peroxidase. The result of the analysis was conclusive. The authors declared: “We have demonstrated that the use of specific devices (produced by Pranan Technologies) significantly reduced oxidation and states of inflammation in a group of normal subjects who were exposed to ambient EMF (electromagnetic fields) and to the regular use of the cell phones” and went on to say that: “our results suggest that the devices tested here may protect against EMF by rectifying harmful electromagnetic forces to maintain the health of the organism”.
This short video clip shows the effectiveness of these devices. In this case the PhiOne Graphene is shown in a simple test with a bioresonance device to investigate the energy levels of the user.